Lost in the Timbre

Lost in the Timbre is a collection of short stories, from simple fables to complex parables, flash fiction to longer works. The complete collection will be released in Fall, 2015, but until then, enjoy Parts One, Two, and Three.

Lost in the Timbre: A Babe in the Woods

Part One: Five short stories and one poem from my early years as a writer. In Sideshow, two carnival barkers sell Good and Evil to unsuspecting customers along the Midway, while two teens debate the nature of sacrifice in The Unknown Soldier. In Final Destination, a young man searches for a way out of a small town, and Legacy sees a lasting contribution from a homeless musician. Available from Amazon for just 99 cents! 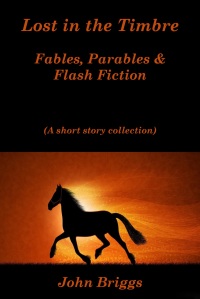 Fourteen short stories reminiscent of Aesop’s fables and Sufi mysticism begin this collection of modern allegories and contemporary parables. A gnat shows resilience in The Gnat & the Horse, and King Arthur bonds with Lancelot in King Arthur’s Secret. Greek myths get a new treatment in Hope Chest, Sisyphus’ Reward and Paying Asclepius, while modern religion faces its own challenges in A Question for God and Three Angels. The final section, Flash Fiction, gets a touch of modern realism as characters reflect on mortality and injustice in stories like One-Shot and In Jacob’s Memory. This collection offers sixteen fast yet powerful stories for readers wanting challenging literature that will stay with them for a long time to come. Just 99 cents from Amazon! 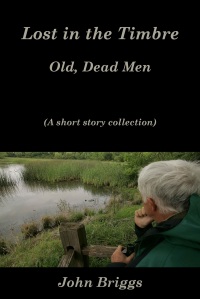 Written shortly after I was in a terrible car crash, these four short stories focus on impending death and unfilled lives. In John Henry’s Ghost, an old man believes the spirit of John Henry lives behind his house. In Delete and Sea Change, two men face life’s frustrations in very different ways, and in Two-Dollar Window, a young writer realizes his shortcomings in time to improve his life and fall in love. Just 99 cents from Amazon!