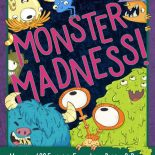 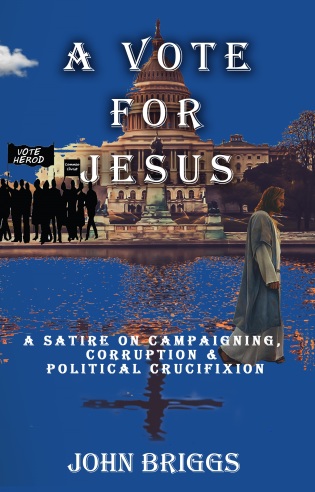 A Vote for Jesus, a political satire that savagely attacks our corrupt and ridiculous election system, is now available for pre-order. At the moment, it’s ebooks only (including Kindle, Nook, and Kobo) with print editions to follow by the end of the week. You’ll also have large print and audio books available, too.

So, what’s the book about? It’s a satire in the classic sense. Jesus Christ, a poor, unknown carpenter from Bethlehem, PA and raised in nearby Nazareth, takes on ruthless six-term Senator Herod Antipas. Jesus is determined to run a clean campaign full of hope and promise and promptly runs into a buzzsaw of dirty money, dirty ads, shady characters, outrageous spin, incessant polling, and repeated calls to change his image. If Jesus wants to win this election, he’ll need a miracle.

You know, like any honest underdog in American politics.

Events and characters in this book will feel familiar because this story is ripped straight from today’s headlines. It’s what would happen if someone did and said all the things Jesus is supposed to have said and done 2,000 years ago fought the system today. He’s not a conservative or liberal, he anti-authority, and authority just can’t have that in power.

A Vote for Jesus is a cross between Life of Brian and Catch-22. If you like late-night comedy (The Late Show, The Daily Show, Real Time…) I’m pretty sure you’ll like this book, too. Thanks for checking it out!

This entry was posted on March 24, 2020 by johnbriggsbooks in A Vote for Jesus, Book Release, Fiction, humor and tagged cover reveal, Fiction, humor, satire.