Getting Your Book Published: Labor, Luck or Kismet?

Every time somebody says, “Things happen for a reason,” I say, “Yeah, but it doesn’t have to be a good reason.” I’m not exactly a believer in what you’d call luck, fate, destiny, or kismet. The complexities of quantum physics aside, where everything happens by chance, and all possibilities that could happen, well, happen, I believe events happen as a result of decisions, happenstance, and prior events. It’s sort of like evolution, but with a tad more control.

And then things happen where you think, “Well, that could be wrong.”

Many things lead to a book being published. Some people say luck; some say hard work; some say kismet. Well, I’ve always taken a seat at the hard work table, though sometimes luck (for lack of a better word) deals the cards. For instance, I could say I was lucky to meet the right editor at the right publisher at the right time, but the truth is it was a lot of work and a little research.

I first saw my editor listed in the dedication of a picture book (Tex and Sugar, to be exact). I liked the book and thought the editor, Meredith Mundy, would be a good fit for my work. After she rejected five or six of my manuscripts (but who’s counting!), she finally purchased Leaping Lemmings!, a picture book I had been shopping around for a while. While looking for a publisher, I tweaked it repeatedly, however, usually according to suggestions from my writers groups (yes, groups – I told you this was hard work) and several editors who requested revisions before, you know, turning it down. When it at last landed in Meredith’s hands, she bought it, after a two-year wait.

So was it luck or hard work?

Okay, it’s all a little weird how it worked out, but I’m still not a believer in luck or kismet. What was it Nietzsche said? We try to shape the world into our already existing views? Well, I still believe it was hard work on my part, an editor with similar tastes in kidlit, and a smidge (okay, a big smidge. A huge smidge) of weird coincidences thrown in. You know… that thing we call kismet.

Good luck finding a publisher for your book, and may you have a whole lot of kismet, too!

Leaping Lemmings! is available for pre-order from Amazon, Barnes & Noble, and many of your favorite retailers. Order it now and beat the September rush. Thanks! 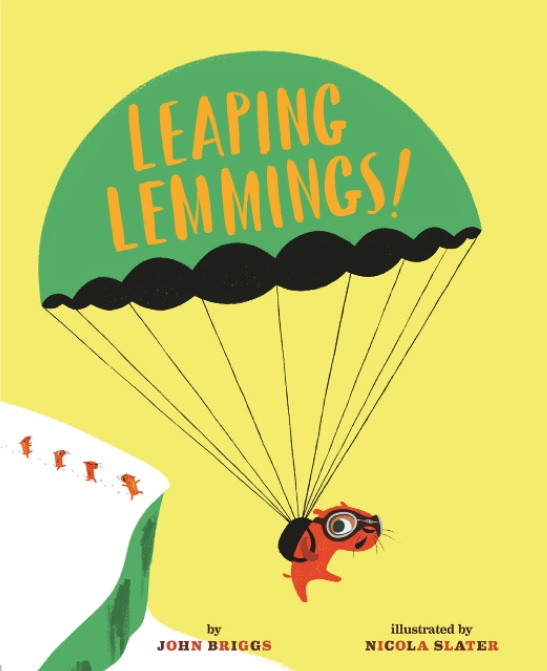